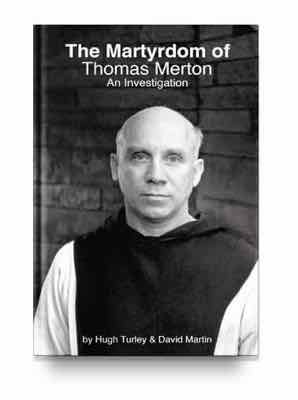 "Certainly it would seem that TV could become a kind of unnatural surrogate for contemplation: a completely inert subjection to vulgar images, a descent to a sub-natural passivity rather than an  ascent to a supremely active passivity in understanding and love.”

“The greatest need of our time is to clean out the enormous mass of mental and emotional rubbish that clutters our minds and makes all political and social life a mass illness.  Without this house cleaning we cannot begin to see.  Unless we see, we cannot think.  The purification must begin with the mass media.  How?

“The real violence exerted by propaganda is this: by means of apparent truth and apparent reason, it induces us to surrender our freedom and self-possession. It predetermines us to certain conclusions, and does so in such a way that we imagine that we are fully free in reaching them by our own judgment and our own thought. Propaganda makes up our mind for us, but in such a way that it leaves us the sense of pride and satisfaction of men who have made up their own minds. And, in the last analysis, propaganda achieves this effect because we want it to. This is one of the few real pleasures left to modern man: this illusion that he is thinking for himself when, in fact, someone else is doing his thinking for him.

“But in addition to the sheer volume of information there is the even more portentous fact of falsification and misinformation by which those in power are often completely intent not only on misleading others but even on convincing themselves that their own lies are 'historical truth.'”

"The world is full of great criminals with enormous power, and they are in a death struggle with each other. It is a huge gang battle, using well-meaning lawyers and policemen and clergymen as their front, controlling papers, means of communication, and enrolling everybody in their armies." Letter to Ernesto Cardenal

Our first duty today is to human truth in its existential reality, and this sooner or later brings us into confrontation with system and power which seek to overwhelm truth for the sake of particular interests, perhaps rationalized as ideals.  Sooner or later this human duty presents itself in a form of crisis that cannot be evaded.  At such a time it is very good, almost essential, to have at one's side others with a similar determination, and one can then be guided by a common inspiration and a communion in truth.  Here true strength can be found.  A completely isolated witness is much more difficult and dangerous.  In the end that too may be necessary.  But in any case we know that our ultimate strength is in the Lord and in His Spirit, and faith must make us depend entirely on His will and providence.  One must then truly be detached and free in order not to be held and impeded by anything secondary or irrelevant.  Which is another way of saying that poverty is our strength.

"Homosexuality is not a more “unforgivable” sin than any other and the rules are the same.  You do the best you can, you honestly try to fight it, be sorry, try to avoid occasions, all the usual things.  You may not always succeed but in this as in anything else, God sees your good will and takes it into account.  Trust His mercy and keep trying.  And have recourse to all the spiritual aids available.  Maybe psychiatric help would be of use."  Letter to a young man

"I am more and more impressed by the fact that it is largely futile to get up and make statements about current problems. At the same time, I know that silent acquiescence to evil is also out of the question."

“The cross is... the only liberation from... servitude to the illusions which are packaged and sold as ‘the world.’”

“Each time the Mass is offered, the fruits of our Redemption are poured anew upon our souls. By uniting ourselves with the sacred rite of the Mass, and above all by receiving Holy Communion, we enter into the sacrifice of Christ. We mystically die with the divine Victim and rise again with Him to new life in God. We are freed from our sins, we are once again pleasing to God, and we receive grace to follow Him more generously in the life of charity and fraternal union which is the life of His Mystical Body.” — Thomas Merton, The Living Bread (1956)

The hardest people to propagandize are those who are not interested in the news...”

“ We need, then, to know true history, not history corrupted by propaganda.”

Nine tenths of the news, as printed in the papers, is pseudo-news, manufactured events.  Some days ten tenths.  The ritual morning trance, in which one scans columns of newsprint, creates a peculiar for of generalized pseudo-attention to a pseudo-reality.  This experience is taken seriously.  It is one's daily immersion in “reality.”