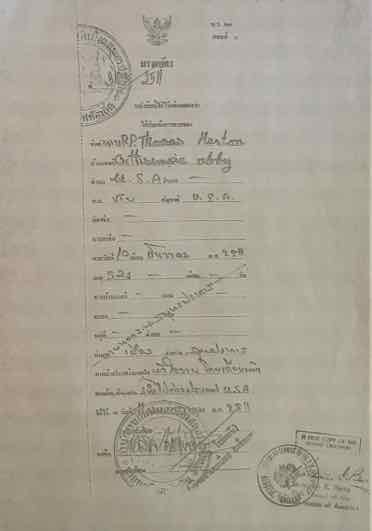 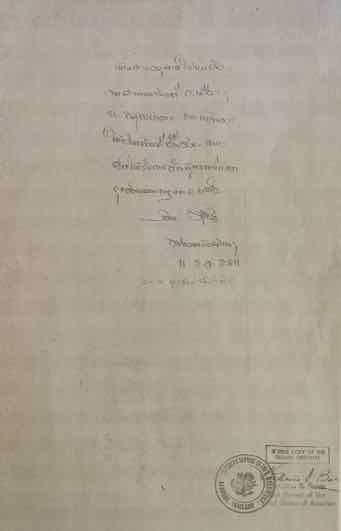 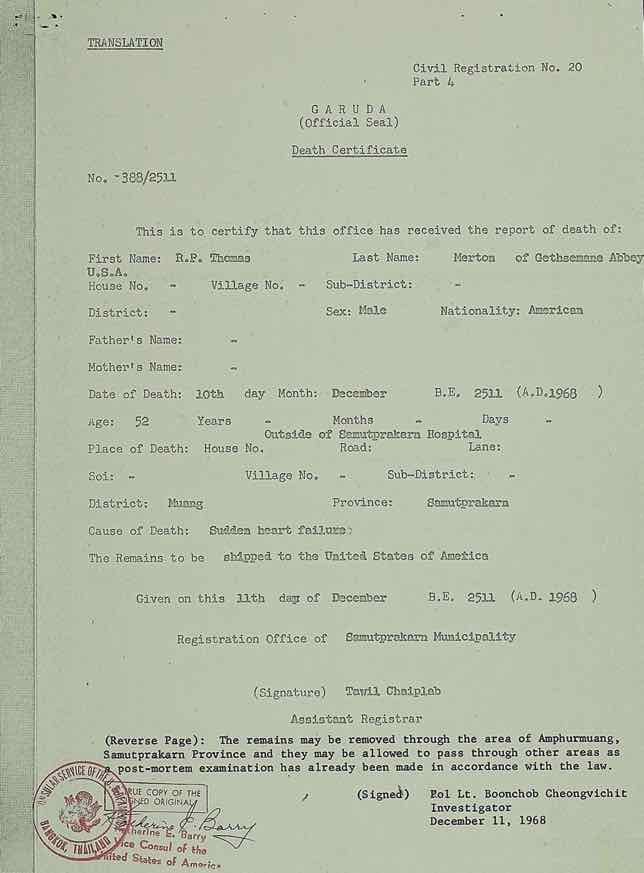 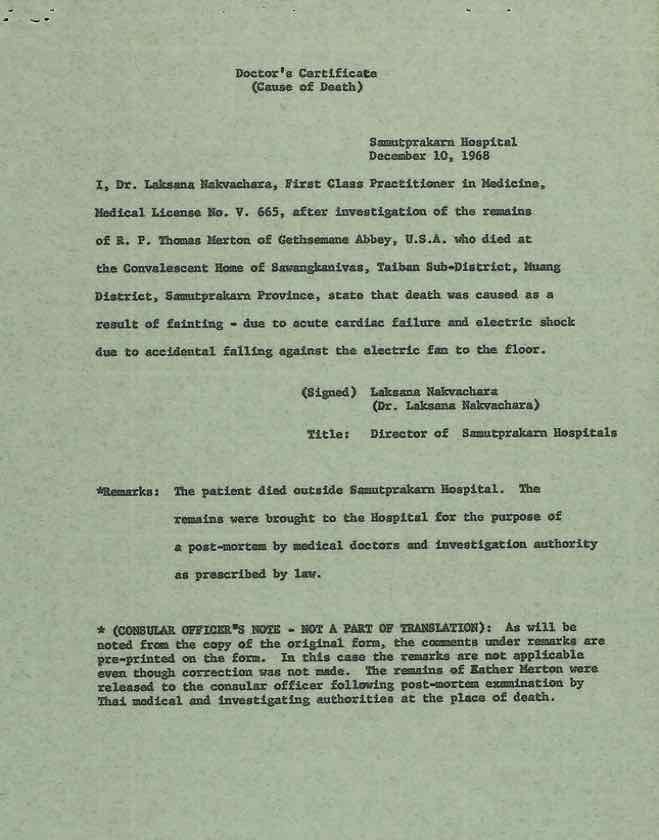 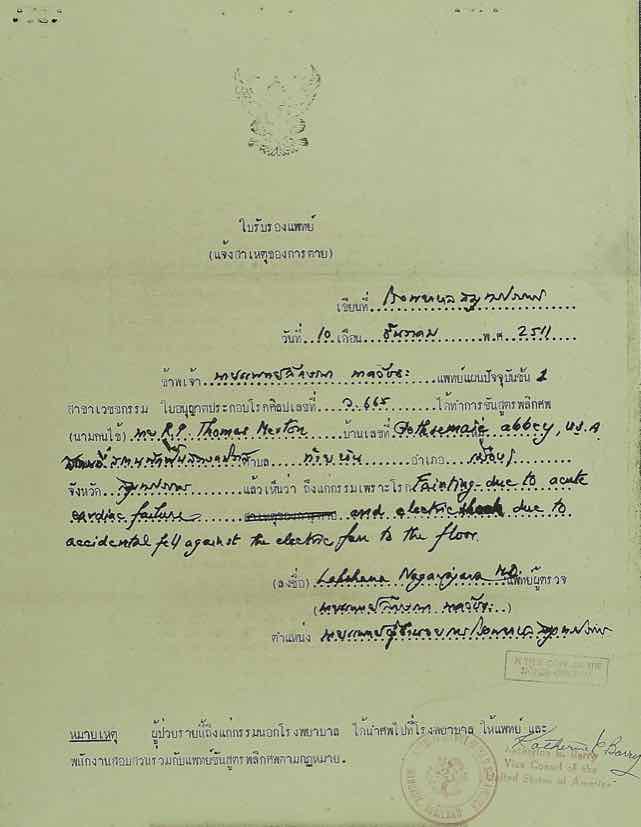 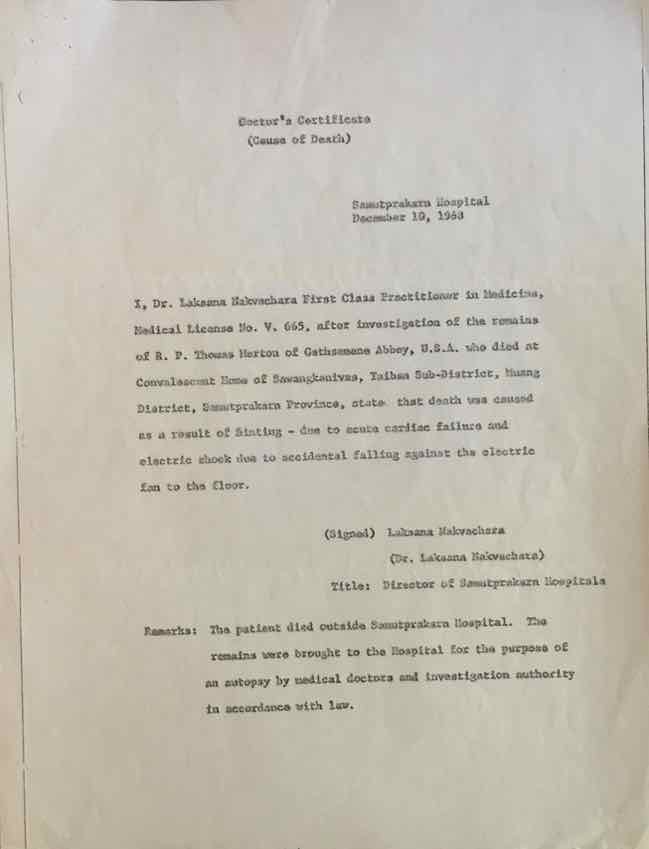 with note by police officer

Doctor's Certificate with cause of death

with note by Consular Officer 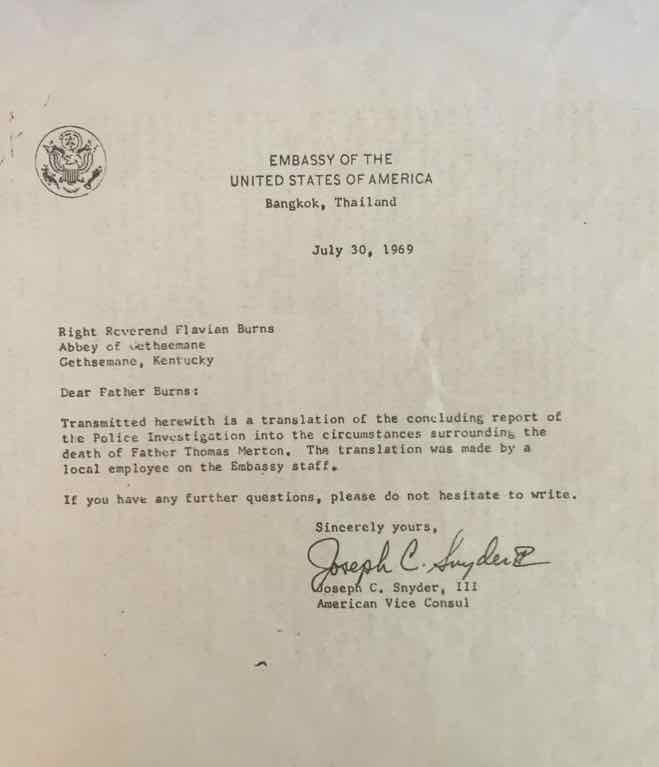 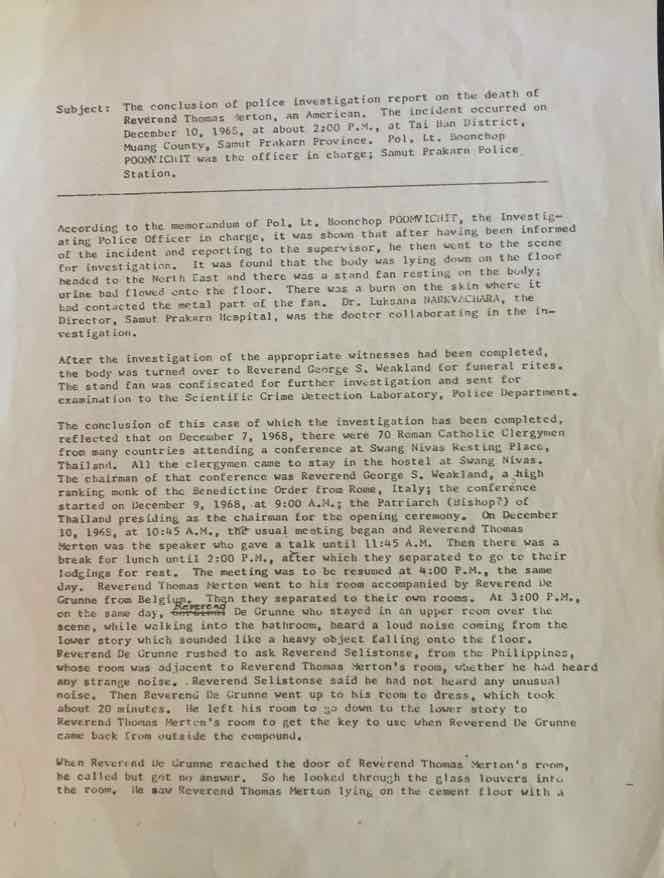 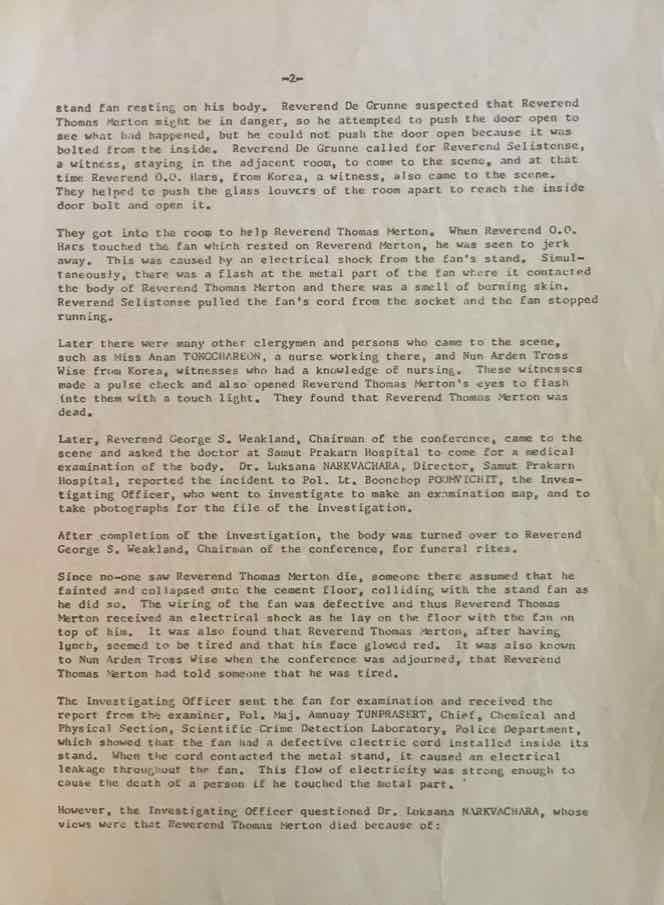 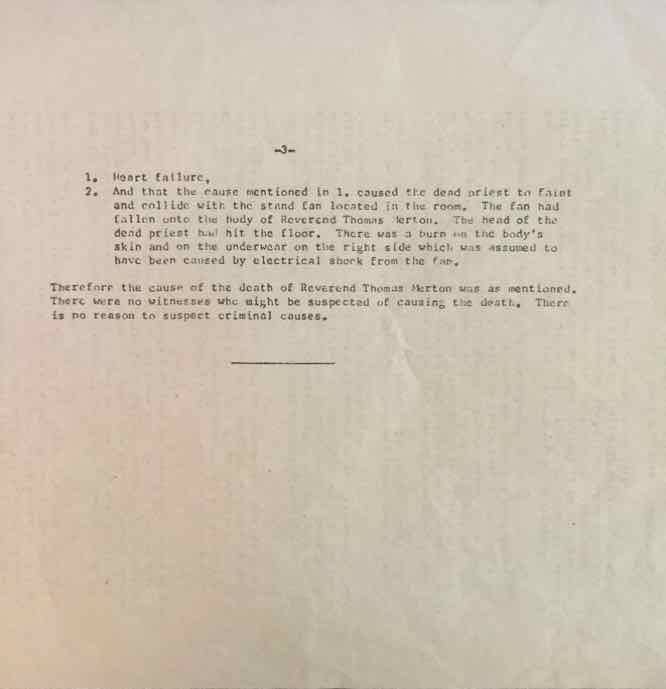 The cover letter for the police report that was sent from the U.S. Embassy in Bangkok

Page one of the Thai police report from the embassy.

The police report has no title, no author, no date, and no stamp of autenticity from the embassy.

Page 2 of the police report

Page 3 of the police report

from the National Archives

On December 27, 1968, the U.S. Embassy in Bangkok sent Merton's abbey a letter, a copy of which we discovered in the collection of the papers of authorized Merton biographer, Michael Mott, at Northwestern University.  That letter refers to enclosed copies of the doctor's certificate, the death certificate with a translation, letters from participants at the conference who found or examined Merton's body, and its own Report on the Death of an American Citizen.  Those enclosures were not with the letter and Brother Lawrence Morey, the archivist for the abbey, informed us that he no longer has any of them.